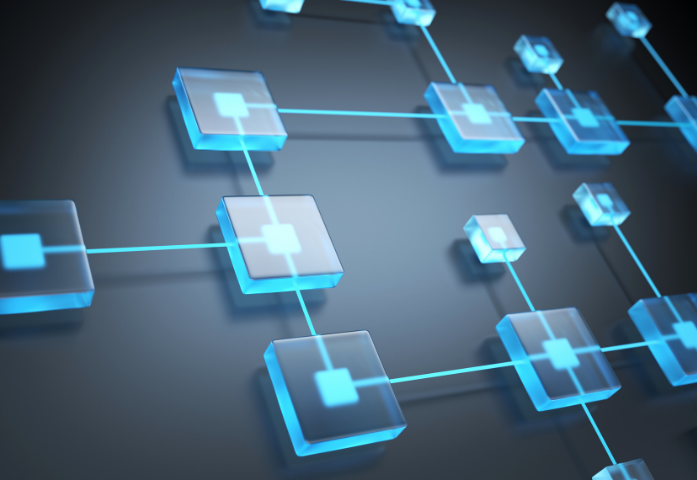 It was 1993. I had just landed an internship at a CPA firm near my college campus. I was getting baptized in 1040’s and State tangible tax returns and learning how to calculate double-declining balance depreciation (by hand). It was after tax season, so, at some point during the day, the office Partner in Charge visits my little cubicle to tell me about the episode of Friends he had watched the night before and that he signed up for AOL 3.0 to “surf the internet.”

“It’s the internet,” he replied.

“What’s the Internet?” was my response, and, “What do you do with it and how do you surf?”

Fast forward nearly 30 years and imagine the same question in an office setting today. The internet revolution has completely changed the way business is done and forever will be done. By 1993, the concept of the Internet had been around for a while, but common folk, like me, knew nothing of it.  Today, a new revolution is emerging and, although it’s been around since The Great Recession, most of us don’t know what it is. It is “blockchain.”

At this point you may or may not have heard this term. However, I’ll bet you’ve heard of bitcoin.  Bitcoin is a cryptocurrency enabled by the blockchain technology. Think of blockchain as the “Internet” of digital transactions.

Credit is given pseudonymously to Satoshi Nakamoto for inventing the bitcoin currency on blockchain technology. It has since evolved and continues to do so. Blockgeeks asks us to “Picture a spreadsheet that is duplicated thousands of times across a network of computers. Then imagine that this network is designed to regularly update this spreadsheet and you have a basic understanding of blockchain.”

You may hear it called a “digital ledger.” This decentralized, public ledger is stored in a distributed network. A record of transactions is called a “block” (i.e. date, time, dollar amount of your most recent purchase). When a block is completed, it gets added to the “chain.”  These blocks of data are stored on “nodes” (compare them to small servers). Nodes can be any kind of device (mostly computers, laptops, or even bigger servers). Nodes form the infrastructure of a blockchain.

The “chain of blocks” is constantly reconciled into the database which is updated instantly. The information is stored in multiple locations, so records are public and verifiable. The verification process happens through a network of computers. However, because there is no central “hub” location, it can be harder to hack, since it’s harder to locate.  The information is accessible with a password (“key”) to an address on the chain.

Current currency transactions are regulated and reconciled via the Federal Reserve. This complex and vast set of regulation is costly and time consuming. Blockchain’s distributed storage feature removes that middleman, thus, there’s no need for a bank to verify data or take a processing fee for their trouble. Due to this lack of regulation, obvious trust issues would arise. As with any evolving technology, trust is one of blockchain’s largest hurdles to overcome.

Instead of storing information with your actual name, your purchase data on the block will be stored using a unique “digital signature” or username. Much like you or I have first, middle, and last names to separate us from others, each block stores a code called a “hash” that allows us to tell it apart from every other block. The information becomes public, sort of. Not so much like looking up your neighbor’s real estate tax bill from the County records, but, accessible, with the right information.  Check out bitcoin’s blockchain at https://www.blockchain.com/btc/blocks.

With blockchain, there isn’t a single, definitive account of events that can be manipulated since each computer in the blockchain has its own copy of the blockchain. This means there could be millions of copies of the same blockchain. A hacker would need to manipulate every copy of the blockchain on the network. That doesn’t mean the system is infallible. Because of this, blockchain networks have implemented tests for computers that want to join and add blocks to the chain. Bitcoin calls this “Proof of Work.”  In this system, computers must prove they have worked by solving complex computational math problems. If a computer solves a problem, it becomes eligible to add a block to the blockchain (“mining”).

A “hard fork,” as it relates to blockchain technology, is a radical change to a network’s protocol that makes previously invalid blocks and transactions valid, or vice-versa. A hard fork requires all nodes or users to upgrade to the latest version of the protocol software

The blockchain  revolution will likely bring about a new series of household words, much like the internet did for “log on,” “cloud,” “LOL,” and “social media.”  Blockchain could likely make Hash, Nonce, Node, Hard Fork and Smart Contract common vernacular.

How could this impact your business? Who knows right now? But 30-40 years ago, was your business changed by desktop computers, or by the internet afterward? If so, will blockchain technology revolutionize your business, and ours, one day, too?